INDIGENOUS AYURVEDIC HERBALS AND SUPPLEMENTS – ARE THEY REALLY SAFE? 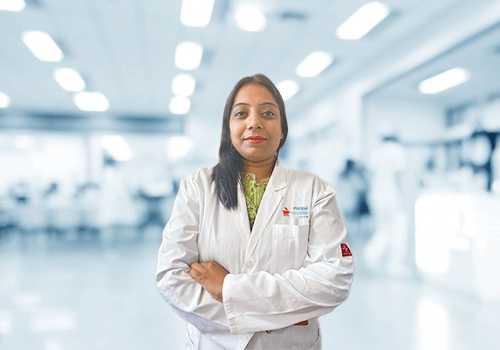 The liver is the most important organ in our body, responsible not only for digestion but also for the metabolism of most drugs in our body. Drugs can be harmful to the liver in susceptible individuals owing to genetic and environmental risk factors, leading to an array of liver injury, collectively which is called Drug-induced liver injury (DILI). DILI may vary from complete asymptomatic presentation to liver failure and even death. Studies have identified most common causative drugs apart from antibiotics and antituberculosis (anti-TB) drugs were Complementary and Alternative Medicine (CAM) across various registries.

Complimentary and Alternative Medicine in the West is often used for weight loss, bodybuilding, and performance enhancement, but in India, China, Korea, and other Asia-Pacific regions traditional and alternative forms of medicines are primarily used for the treatment of many non-specific symptoms and syndromes. Understanding the harmful effect of these ayurvedic herbal preparations are particularly important in the Indian scenario, where these medicines are quite popular and have widespread use, not only now, but since centuries. It is always advised to visit a Liver Specialists in Delhi in such conditions. The rationale for the rampant use is based on the common belief that these products are natural and hence safe. On the contrary, last few decades have shown that herbal medicines may cause a large spectrum of liver injury, ranging from mild asymptomatic liver enzyme elevation to acute hepatitis, chronic hepatitis, cirrhosis, acute and chronic cholangitis, vascular lesions, or liver failure, even requiring a liver transplant.

Reports of liver injury from the use of Ayurvedic herbal medicines procured from local stores or on the internet have been published or presented. In a recent study from the US, it was found that mislabeling of ingredients was rampant, occurring in more than 50% of the products tested particularly in weight loss and bodybuilding supplements. In addition, there are specific risks that contribute to the hepatotoxicity of herbal remedies: misidentification of the plant, selection of a wrong part of the medicinal plant, inadequate storage modifying the native product, adulteration during the processing and mislabelling of the final product. Another difficulty is that the real composition of the herbal preparation may remain unclear, particularly in multi-compound products. A safe herbal product may also be contaminated by toxic compounds leading to hepatotoxicity. Higher levels of arsenic, mercury, and lead in Ayurvedic drugs were reported in few studies, significantly associated with mortality. They also identified the presence of highly volatile organic compounds in 70% of samples and reported scientific links to liver injury.

To date, more than 100 medicinal preparations have been reported to be toxic to the liver. Several recent reports have underlined the hepatotoxicity of anabolic androgenic steroids and dietary supplements like OxyE-LITE (for weight loss and muscle building), Hydroxycut (containing green tea, ephedra, caffeine, carnitine, chromium), linoleic acid and combination of usnic acid with other product (yohimbine, caffeine, dihydrothyrone, norephedrine). A study assessing the role of commonly used medicine Liv 52 in alcoholic liver disease patients found that Liv 52 did not improve liver-related events or survival in treated patients and that its use in patients with advanced cirrhosis led to increased mortality. This study led to a nationwide ban of Liv 52 in the USA; however, it remains heavily utilized among Indian patients currently.

Patient outcomes associated with CAM-DILI are generally poor, with very high mortality rates in those with chronic liver disease. Thus, there is an urgent need to educate the Indian population that CAM is not without side effects. At the same time, stringent regulations by the industry and appropriate government agencies, establishing quality tests, and production standards have to be addressed. Visit Manipal, the best liver transplant hospital in Delhi for all such tests and treatments.