Lesser invasive cancer surgery techniques are those that use different surgical instruments than the conventional surgical varieties. Smaller cuts are made on the body and hence lesser time is taken to recover from the surgical procedures. Some of the common minimally invasive procedures used are described as follows.

This is a procedure in which extremely cold liquid Nitrogen gas is sprayed onto the cancerous cells in order to remove them from the body. This means that no cutting is involved as the metastasising cells are frozen. Mostly pre-cancerous conditions are treated with this procedure, like those involving the cervix in women, skin cells, penis in men, etc. The method has proven to be effective in those cancers that involve the prostate gland in men and the liver too. To start the procedure, a guided body scan like a CT scan or an ultrasound is done to locate the cancerous growth. The surrounding healthy cells are thus kept safe from being frozen and killed.

This is the opposite of cryotherapy, as high heat methods or hypothermia is used to destroy the cancerous cells. A fine needle is employed here through which the extreme heat is deployed. Cancerous tumours within organs like the kidneys, livers, lungs, etc., have been successfully treated with this method.

This involves the use of a laser beam that consists of highly focused and strong light energy particles. High-precision cancer surgeries are thus possible with this method of treatment. Instead of using conventional scalpels to cut through the cancerous tissues, the laser beams cut through any thickness of cancerous growths. The growths are simply burnt and vaporised with a laser beam. Skin, lung, liver, penis, vulva, vagina, cervix, etc., are some of the cancer types effectively treated this way. Book an appointment to have the best treatment.

This is a minimally invasive procedure that omits the danger of cuts and even minimises the size of body invasions. When coupled with specialised scopes and modern laser optics, the lasers can be more finely tuned to target particular targets. It is also effective in sealing blood vessels and other tissues that have been disturbed. This procedure is called photocoagulation and is typically used in treating tumours blocking the trachea or oesophagus.

This is also called Mohs microscopically controlled surgery and is typically used to treat skin cancer. The skin layers are sloughed off layer by layer in fine precision. The surgical oncologist checks for cancerous growth after finely removing every skin layer.

Here electric current is used at a high frequency to remove cancerous cells of the skin or mouth.

This is performed by attaching a video camera at one end of a thoracoscope which is typically used in lung surgeries. Easy viewing within the lung cavity is thus possible to remove any small tumours, draining of fluid or remove cell linings.

There is the minimum cutting of the body involved, and it is thus effective in removing cancerous lung tissues, especially in the beginning stages.

This procedure is also called stereotactic radiosurgery as a big dose of precision radiation is targeted to the tumour. It is mostly used in brain tumour treatment besides other areas like the neck, spine, head, etc.

Robotic arms having the instruments needed for the surgery are used here to perform the surgery. There is minimum loss of blood and minimum hospital stay with lesser recovery timings. Visit our cancer care hospital in Mysore for the best treatment 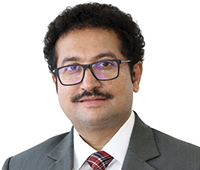